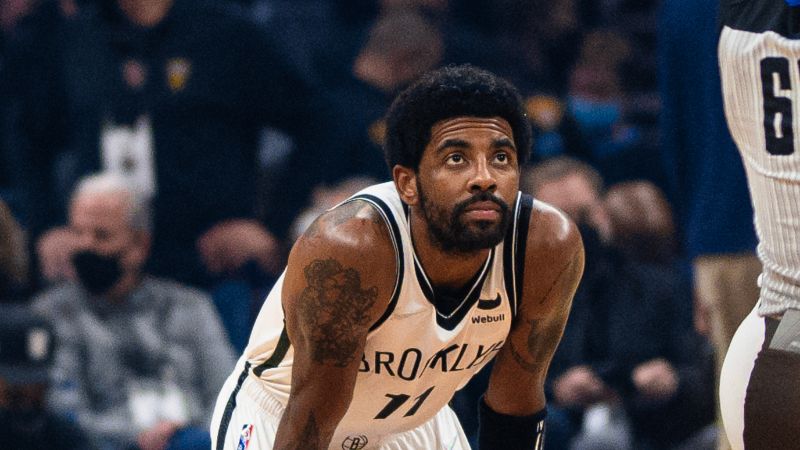 The upcoming regular season of the NBA is only a few months away. While the offseason is in full swing and less action has appeared on the stage yet, the trade discussion of Brooklyn Nets stars forward Kevin Durant and guard Kyrie Irving remains one of the most talked about pieces. However, one NBA analyst was not biting with the departing discussion.

Fox Sports’ Nick Wright was uncertain about the trade of both Durant and Irving, much specifically he was not buying with the latter whom he holds wanted to stay with or without the former in Brooklyn. Wright also added that Irving might not be the appropriate pick for Brooklyn due to his intentions.

Kyrie Irving wants to play out next season as a Net, with or without Kevin Durant, per @ShamsCharania

(via the Pat McAfee Show) pic.twitter.com/8SH1hbbabt

Multiple reports were quick to dive and report the potential departure of Irving and Durant. Some even laid out which teams the duo plans to join. For Wright, he was not biting with the departure of both stars. In addition to that, he provided a pessimistic response to how Irving would benefit the team whether the scenario involved Durant or not.

“The idea that Kyrie Irving actually wants to stay in Brooklyn, with or without Kevin Durant, I do not believe to be true… I don’t think Kyrie’s actually the good guy, and I don’t necessarily buy this,” Wright said.

“Kevin Durant demanded a trade! That is what happened! So they are trading him at some point, we all know it. The question is when, and to whom.”

It is also has been reported that Irving himself wanted to remain with the Nets in the upcoming season whether Durant was to be invited or not. The Athletic’s senior NBA insider Shams Charania reported the Irving news via The Pat McAfee Show, saying “Kyrie Irving Wants to play out next season as a Net, with or without Kevin Durant”.

While it remains to be seen how the Nets’ locker room would look like next season, it suffices to say that Wright’s argument against Irving provides a point, but also a huge hole that must be filled. Irving debuted in Brooklyn back in 2019 following his two years stint with the Boston Celtics. While both he and the Celtics parted ways in a less heartwarming way, the 30-year-old is quite favorable among the Nets’ fans — and all is due to his performance with the team.

Jayson Tatum on the #Celtics as currently constructed: "I love our team."

Regarding the Kevin Durant rumors, he says: "I don't believe everything I see on TV. I done seen some shit about me that was a lie."pic.twitter.com/UrbVn1ZakA

There are myriad reasons that could explain why Irving could still be valuable for the team next season. The Australian wrapped last season by posting stellar numbers despite only playing in as little as 29 games — appearing in fewer games was due to the unvaccinated status that barred him from hitting more games compared to the previous seasons. This could have likely explained why the Nets’ front office was uncertain and appeared unwilling to invest in him.

The decision lies in Irving’s hands. Multiple reports hold his initial intention of playing in Brooklyn was because of Durant. Apply the same logic then it means Durant’s trade would result in Irving’s departure. However, reports also noted that Irving’s decision to stay with the team was only due to him being “nice” to the franchise.

I hope I get to watch Kyrie Irving hoop for the Nets for a very long time. pic.twitter.com/bTEosevykc

It remains unclear how the Nets would respond to Irving’s intention to remain posted with the team as the former Celtics will become an unrestricted free agent this season.