You will no doubt have been inundated with news surrounding the MLB lockout. However, something that may have conveniently slipped under the radar is the lack of PEDs and steroid testing that is currently taking place around the MLB. 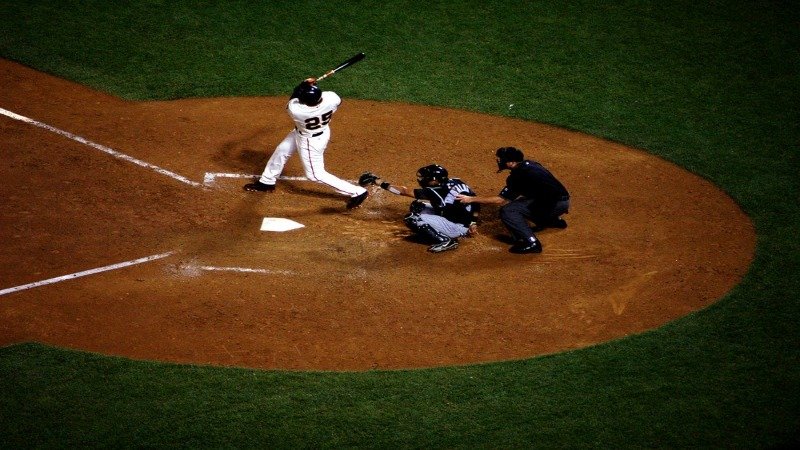 The two-decade-old PED testing agreement ended on 1st December 2021. As we enter March and surpass the three-month mark, no official sources have been able to confirm or deny the reasons behind the apparent lack of testing across the MLB.
A concerned Travis Tygart, CEO of the U.S. Anti Doping Agency, explains to The Associated Press News Agency how this will dramatically affect fans' perception of the MLB season,

“It should be a major concern to all those who value fair play. If it's just a simple matter of agreeing to it…so that when the game does restart, you don't have questions hanging over individual players based on size, speed, batting percentage, home run numbers, whatever it may be, that people are going to call into question again."

Alarmingly, since the expiration of the CBA, both the MLB and MLBPA have failed to comment on the fact that the joint drug program is no longer running. Perhaps, a shift back to the Golden Era is on the cards?

Joking aside, the absence of testing has already led to many questions from disgruntled and concerned fans - especially those with a certain fondness towards Barry Bonds and Roger Clemens.

Those who have been hiding under a rock may be unaware that Barry Bonds and Roger Clemens - considered by many as the best hitter and pitcher respectively over the last 50+ years - were recently denied entry into the National Baseball Hall of Fame by the Baseball Writers Association of America in their final eligible year.

Despite both surpassing standards and achieving on-field accomplishments that would generally cement their position within the HOF, Bonds and Clemens were denied entry based on allegations of steroid use. To put their achievements into perspective, Bonds retired as the MLB’s all-time home run leader with 762, winning 7 MVPs over 22 seasons, while Clemens had an equally as impressive career that spanned 24 years and included 1 MVP and 4,672 strikeouts.

Alex Rodriguez was another top superstar, tipped by many to become the next home-run record holder. Prior to 2009, Rodriguez was about as close to a sure thing as you can get in the sports betting world - someone you would have trusted using your free bets and bonuses on! Unfortunately, during the 2009 season, Rodriguez admitted to using performance-enhancing drugs during the early stages of his glistening career. Later that same season, Rodriguez led the New York Yankees to a World Series; however, the tale of the tape does not end there!

Three years later, Rodriguez found himself sidelined as the Yankees made their way to the playoffs. During this time, it was alleged that Rodriguez, amongst other names across the MLB, had all been making use of PEDs and HGH. Rodriguez would later receive a hefty suspension from the MLB, spanning 211 games, for his involvement in what would later be dubbed as the Biogenesis Scandal .

To keep updated on what’s going on around the MLB, and New York’s sports betting scene as a whole, make sure you take advantage of the sports news resource over at NYxGambling.com.

“Holy Moly, Stromboli”, it looks like Guy Fieri has partnered with Caesars ...