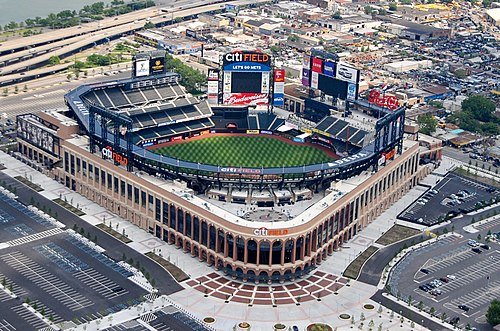 The hard labor to roll in gambling centers in New York City continues as New York Mets owner Steve Cohen is reportedly pushing for one of the three downstate commercial casino licenses.

According to multiple reports, Cohen is eyeing the unused land near Citi Field in Queens. Two gambling heavy hitters, Hard Rock International and Las Vegas Sands (LVS) are tied to the competition, with the former running first and the latter in second. In addition, the owner was also reported to have been closing the gap with Mayor Eric Adams and Queens officials, as per New York Post.

From the looks of it, Cohen is looking to establish a casino close to the Mets’ home turf and reportedly is evaluating multiple casino operators to partner with. A source told the Post that Cohen “has a big operation” and Hard Rock is his preferred candidate over LVS.

The report that Cohen is pushing for one of the three casino licenses came only a few days after his name was tied in the news that developers and gaming operators in the Big Apple were involved in a convoluted lobbying process.

Casino lobbyists, who primarily represented Hard Rock had the establishment’s name printed all over New York Governor Kathy Hochul’s election fund, in a different report by the Post, the donation was worth $119,000.

Aside from the casino, Cohen alongside his wife Alexandra was known to have donated over $67,000 each to Hochul. The owner also has good relations with Adams and had spoken to the City Hall about the probability of building a local casino.

Cohen is also a CEO of a Connecticut-based hedge fund, Point72 Asset Management. The Post reported that the company’s chief of staff and head of external affairs, Michael Sullivan is listed on Gaming Commission as the principal lobbyist for New Green Willets, LLC.

A source told the Post that Sullivan or “Sully” is known to be one of “Conor’s most trusted associates” who was spotted hanging around with Adams last week in Zero Bond, a private nightclub. Sully was also responsible for “constantly bringing different people to meet the mayor.”

Tying up with all the lobbying efforts, rumor has been spreading like wildfire that Cohen might be changing his tune about his preferred casino for the project in Citi Field. In October last year, reports hold the 66-year-old has a close tie with LVS regarding the Big Apple casino project.

However, as both Cohen and Hard Rock now have contributed huge amount of money to Adams’ office as well as Hochul’s campaign, the two might form up a pact. Therefore, leaving LVS to the side.

The pairing could have arrived at the right time. Assuming that Cohen and Hard Rock have a certain degree of political control in the Big Apple, the casino licenses might have slipped easily into their pocket. As for LVS, the casino might resort to another operator in completely different locations in New York City.

Queens is not the only location on the list. Brooklyn’s Coney Island and Manhattan are the other two locations, but rolling in poker chips for a site not owned by the state equals many difficulties. Developers and gaming companies that are keen to resort to this option would need direct approval from the New York City Council and likely the state.

Hard Rock, Sands, and Wynn are reportedly keen on opening their gambling establishments in Manhattan—while it might be slightly difficult to achieve, the idea is not too far-fetched.

Which Sportsbook Is The Best ? Who is best out of DraftKings ...

Which other sportsbooks are likely going to launch in NY

Full list of Sportsbooks that are waiting to launch in NY Which ...